On the Recent Tragedy in Kittitas County

On the evening of March 19th, 2019 a tragedy happened in our neighboring community of Kittitas County. Due to the recent information that has been confirmed by Immigration and Customs Enforcement (ICE) about the immigration status of the suspect, Chair of the King County Republican Party, Cynthia Cole, had this to say:

“U.S. Immigration and Customs Enforcement has confirmed that the road rage suspect who shot and killed a Kittitas County sheriff’s deputy was in the country illegally. Now, due to Washington State Elected Official’s Executive Orders, Federal lawsuits, and radical policy, three children have lost their father, a wife is a widow, and a community mourns.”

She continued by saying, “The wisdom of enforcing our country’s immigration laws has again tragically been demonstrated. The sanctuary state attitude of our Governor and State Attorney General has created an environment where people who break our immigration laws know there will likely be no consequences.”

She finally stated, “I think it is about time we openly hold our elected officials responsible for the policy that they enact. I urge everyone in King County and our surrounding communities to pose this question to them—who are you protecting?” 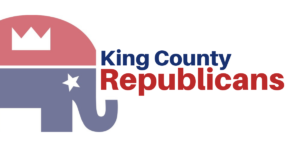 KCGOP Chair on the March for Life

BELLEVUE— King County Republican Party Chair, Cynthia Cole, had this to say about the March for Life,

“I am inspired as I bear witness to all those taking part in the March for Life in Washington, D.C. This activism needs to be seen by people across the Nation, but more importantly, by people within King County.”

“I stand by the supporters of life who, today and every day, lift up the smallest of our citizens,” she stated.